A long overdue (my bad, sorry!) guest blog by Liesbeth Tjon A Meeuw on the representation of slavery in Malmberg schoolbooks used in primary and secondary schools in The Netherlands. It was inspired by an art project ‘Gevonden Goud’ by artist Frouwkje J. Smit.

The depiction of slavery in Dutch schoolbooks is a subject still urgent, relevant and in transition as policy makers, intellectuals, activists, politicians and teachers are searching and finding new ways in what and how we teach en learn in the Dutch educational system.

This early essay can be of use for those working with history, culture and citizenship in the educational field of primary and secondary schooling and those who are shaping the educational curriculum in The Netherlands today. In essence, it is a plea for a collective narrative on the history of slavery.

The innocence of (Dutch) schoolbooks

The runaway negro-slaves in Suriname often attacked the plantations. Why did they do that? Give two reasons: 1, out of hate and 2, to get food.

This is a phrase, which I find in one of the books that lie on a table at gallery Sanaa in Utrecht. The books are part of the group exhibition: Slavery, Contemporary Arts Incorporated? The table draws a lot of attention. Also my own. It’s filled with old and new schoolbooks about history and geography. They are part of the installation, Gevonden Goud, by artist Frouwkje Smit. Her project is centered around the family Malmberg, whose name is well-known for publishing Dutch schoolbooks. For decades the company has been providing schoolbooks for primary and secondary education in the whole kingdom. Many young generations in Holland, Suriname and the former islands of the Dutch Antilles grew up with these books. As they still are.

The quote above comes from a book that is not even that old. It’s dated from after [1998] and was used in the highest grades in primary school. What immediately catches my eye – besides the use of the word ‘negro’ – is the way the runaway slaves are portraited in this chapter. Not as freedom fighters, who were building up their resistance against the slave system by attacking plantations, killing the owners, freeing the slaves, steeling food, tools and arms. None of that, their attacks were narrowed down to hatred and hunger. We also see in this chapter that the use of the word ‘hate’ is only in relationship to the runaways, not the colonizers.

This is just one example of how the history of slavery is depicted. If, it is depicted at all. As we see from random sample I took from the book table, it is the same one-sided story: it glorifies the Golden Age of Holland, but only briefly mentions the slave trade or the process of colonization in those far away regions. The few interesting exceptions being the most recent books and the very old ones from before the 50s. The recent books handle the subject with cautiously and clumsily, as the quote above shows. The older books come with strong political statements:

The slave-trade is one of the most resentful consequences of the discoveries (…) its an ineradicable shame for the Christian people of Europe, that unscrupulous merchants continued this inhuman act for four centuries. About forty million negroes were taken away from their homeland and brought together by especially Englishmen and Dutchmen (…) to be shipped away to the West Indie and Northern America. The negro-kings at the African West-coast fought and raided continuously, to have time and again new prisoners of war to sell to the white-man.

My goal is not to condemn the Malmberg publisher or the writers of these schoolbooks. Instead, I plea for a collective narrative. These schoolbooks, old and new, help to understand how our narratives were shaped throughout the ages, how our perspectives were formed. But most of all, why we have certain racial notions, up till today. How our origins have become part of the mechanism that include or exclude others. These books help to understand why we think we live in a non-racial society. Why we find slavery a non-issue in the public discourse and why, at the same time, the subject causes heated debates.

It might even have been one of these very Malmbergs books from which I learned my history lessons back in the 80s and the 90s. I vividly remember the first time we discussed the topic of slavery. It was discussed in the context of the American history and their racial system. I remember a photo in my schoolbook from a black couple whose hands had been cut off, both holding up their stubs in front of the lens. I remember their faces of despair. It was a horrible picture and immediately I began to identify with them. How had they managed to survive? That was my main question.

All the other kids were shocked as well, but they had other questions to ask the teacher. Why had their hands been cut off? Why would people do such a thing? While my teacher tried his best to answer them, I turned quite with a bad feeling inside. Although I hardly knew anything about the colonial days of Suriname, I instinctively felt that my family story was part of that horrifying episode in human history.

My questions were different from those of the children in my class, because they did the exact same thing I was doing: They identified with the people who shared their skin-color. So they addressed the subject of slavery from the perspective of the perpetrator, the colonizer. And not just children who do this, but also historians writing schoolbooks:

The WIC [West Indian Company] found soon enough another horrifying form of commercial shipping /mercantile marine: the slave-trade from Africa to the plantations in the Caribbean and South-America. Curacao was the intersection / junction in this trade. One bought slaves on the coast of Africa, or one went out raiding yourself.

We tend to think that our understanding of historical events grows and becomes more reliable with the years. We forget that facts and figures can be true today and false tomorrow. To children, all things written in schoolbooks are true and important to know, otherwise they wouldn’t be in those books at all. Even if we don’t factually remember what it was that our schoolbooks had to say on the subject of ‘negro-slaves’, the general idea will stay with us through the years, more often without us realizing. This perception becomes clear once again when we run into something or somebody that we associate with the word ‘negro-slave’. Ironically, that is also the moment to think otherwise.

Nobody is without certain prejudices, references and frameworks. Nobody can narrate without any kind of context. It would be impossible to expect ourselves to be ‘neutral’ or ‘color blind’. Moreover, this would be an insult to our personal history and cultural background. This is what makes it even more important to become aware of our racial understanding and how it affects the way we look at each other nowadays. It could be the only way to raise our children with an open mind and heart. It obliged us to be honest to our pupils and tell them that the world is bigger than we know. We can only talk about things that are relevant to us. Other versions of the truth maybe denied, deformed or even erased:

We have to restore our collective narratives, not by blaming, shaming or victimizing. We already know the answer on the question who’s to blame: human nature. Our society is based on today’s narratives and those of yesterday. Because of that, our past is not completely erased. We carry it in our habits, in our fears, in our memories and conventions. By filling in the gaps, clearing the blind spots, linking the loose ends together, connecting the stories of the black families with the white families, we create a collective narrative. We can even create a collective culture based on those new facts, stories and views.

In that sense, there is not much difference between a historian and a novelist. A historian writes a story and says: this is true, this has actually happened. A novelist writes a story and says: this could be true. Both of them can serve the art of storytelling very well and uses narratives to create awareness about heavy topics like colonialism and slavery. So we need non-fiction as well as fiction, both of them are based on facts and figures to give the narrative a basic ground. That’s how we create a collective narrative that deals with the past, explains the present and inspires the future.

This essay was inspired by the art project Gevonden Goud, part of the group exhibition Slavery, Contemporary Arts Incorporated? at gallery Sanaa in Utrecht.

The innocence of (Dutch) schoolbooks by Liesbeth Tjon A Meeuw was originally published on her blogspot (2014): Liesbeth-tjonameeuw.blogspot.nl

NB: A form that came to my mind whilst re-reading Tjon A Meeuw’s essay, that comes close to trying to create a collective narrative in Dutch schoolbooks is the youth historical roman De reis van Syntax Bosselman (Arend van Dam, 2018). Although not formal printed as an educational book by genre and publisher, Dutch primary schools use this thick volume for history and citizenship lessons in class. Accordingly the Dutch author of this youth history roman quite specifically states that he finds the writings of history not static but always forming, reforming and reshaping itself in it’s very social meanings as he tries to grasp the Dutch colonial history and elaborates on it by writing in three narrative layers which can be separately read: his historical research whilst writing the book, the roman narrative and third but not least, his own critical thoughts and doubts on writing on the matter, well aware of his social position and reference being a white Dutch male above middle age thus reaching out for guidance specifically on (t)his position, asking for feedback and with it quoting and voicing black intellectuals home to the subject. Even more collective in this form (e.g. in this specific historical youth roman), might have been if it had been written in equal collaboration with others home to the subject matter to voice the multiple perspectives the author seeks. 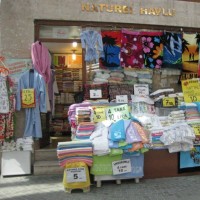 A blog about books on Suriname & more